James McKenzie Shares Insight on the Art of Cinematography 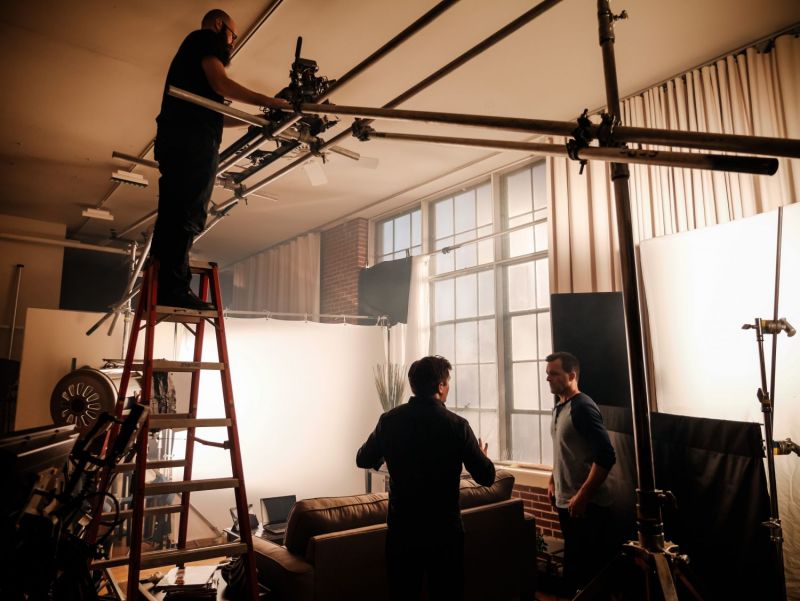 How did you hear about us? I first saw the MYT Slider at Abel Cine’s showroom in New York, maybe 5 years ago. I hadn’t seen or heard anything about the company at that point. I was immediately impressed by the materials and build quality.

What types of videos do you shoot? Primarily commercials, everything from lifestyle to agriculture to food and beverage. We’ve recently been shooting more short form documentaries and branded content pieces, which has been a really interesting trend to be involved in. And we also just like to make short self-produced pieces to showcase techniques or styles, and just to experiment and have fun with the process of film-making.

How did you get into the industry and what helped you succeed? I started my career as a photojournalist but as that landscape was rapidly changing I started working with commercial still photographers and ended up at Bruton Stroube. It wasn’t long before we were starting to dabble in motion, but we wanted to make sure we were really executing the work to the best of our ability. Bruton Stroube ended up bringing on director Tim Wilson to helm our motion department and I immediately started working with him to shoot and edit our pieces. That was nearly a decade ago.

I think some of the biggest keys to success start with love of the process and the desire to make good work. Being able to execute a production effectively and efficiently requires a lot of moving pieces to be in sync. It takes a lot of time and energy to become comfortable and confident going into a shoot and know you can make it look the way you want and still fit the schedule and the budget. All of that builds from starting small and simple and constantly pushing to get better every time you work on a project. It’s a constant uphill push, and if you lack the care and desire, it comes through in the final product. 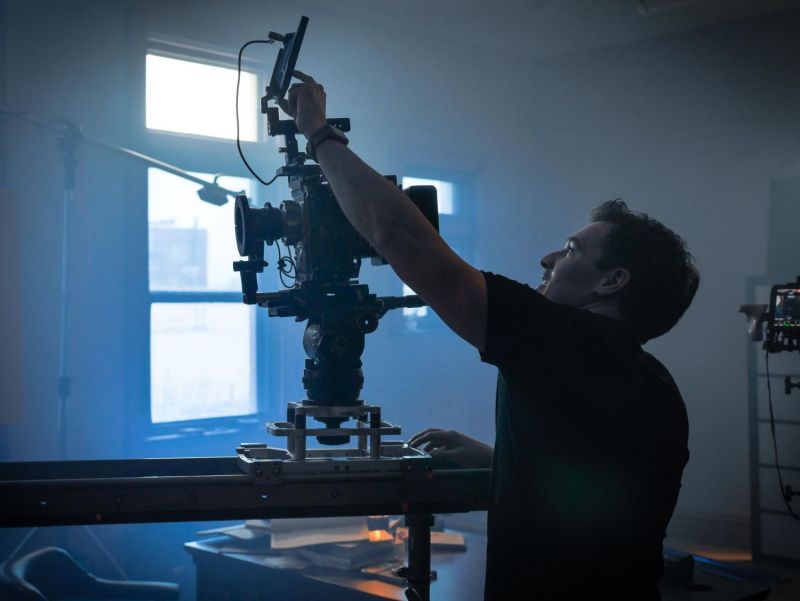 I tend to get excited about particular facets of cinematography and really geek out on it for a while, and then kind of bank that information and move on to the next piece. It’s basically the scientific process at work— you work on one variable at a time, while keeping the others constant, so you can have a better appreciation of how each piece affects the whole. For example, a few years ago when I was shooting in LA I took an extra day and went to a camera house that has a huge selection of vintage lenses. I spent all day putting them on a camera and being amazed at how big of an impact that piece of glass has on the image. The same process can (and should) be applied to just about any aspect of cinematography from cameras/sensors to filters to camera movement systems to lights and on and on. YouTube videos and forums can go a long way, but actually having hands on gear is about a thousand times more helpful. I’ve had pretty good luck in the past just talking to the folks at rental houses and asking if I can do some experimenting, and usually they’re very happy to share their knowledge and let me test some gear. But regardless, there’s always been something that I’m still trying to understand better or get better at, and I feel like that’s a pretty big part of why I continue to do what I do.

The willingness to continue pushing, knowing that the work has to start small to get big, is pretty major. But there’s also a fine line of how far to push. A lot of folks will say you shouldn’t be afraid to fail, but I don’t like that generalization. There are a lot of times that’s a good attitude, but you have to know when it’s not okay to fail. You pretty much never want to fail in front of a client, for instance. Every once in a great while you can get people on board with some experimentation and build that into the shoot, but it’s so much better to have done the experimentation and testing beforehand, so you’re much more likely to succeed on set, and then you look like a hero. So maybe the advice is better given as don’t be afraid to fail, but fail on your own time.

What features do you like most about MYT Works products? I’m still most impressed by the build quality of the MYT Works gear— so much engineering and precision machining go into these products and it’s immediately apparent when you look at them and hold them. Everything is rock solid and well-designed, and it shows in how well the gear holds up over time.

Is there anything else you’d like to share? There’s nothing better for me than feeling like my needs are being heard by the folks who make the gear I depend on. We’ve been really happy with our Glide Slider— it’s definitely become a staple of our kit. I had gotten to the point a couple years ago that I loathed working with a slider because they were either small and under built for our camera package (primarily RED) or they were so heavy and bulky we couldn’t travel with them or they were hard to rig. When i ran across the MYT Works products, I finally found something that checked all the boxes for me.

We’ve also started using gimbals more and more frequently— our Movi Pro has become another staple. I thought for a while that we would play the Glide less and less with the Movi being available, but the smooth linear motion is something that still can’t quite be paralleled. So what we’ve found is that mounting the Movi on the Glide as a remote head is fantastic. When we do low, under-slung shots, I don’t have to operate from the ground; and when we’re doing normal, chest-high shots I get even better control because I can more easily separate the carriage movement from the head movement.

For more information about James McKenzie and Bruton Stroube, go to http://www.brutonstroube.com/ 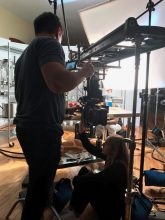 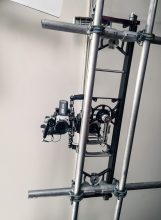 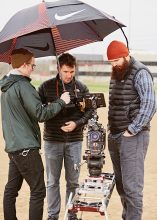 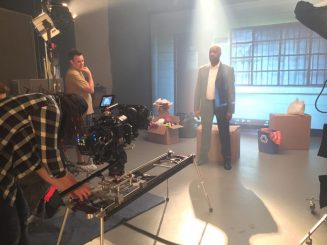 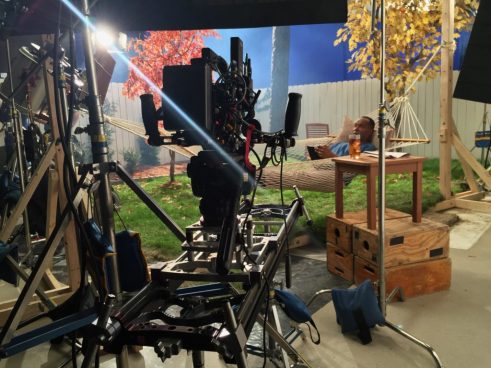